Derek Lee has built a reputation in Singapore as a successful kids magician performing magic shows in birthday parties and family events. His capabilities and charm with the kids has won over many parents who seek a committed entertainer for their children’s special day. This is evident with all the testimonials and rave reviews awarded to him by grateful parents. 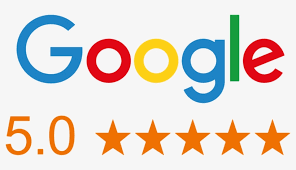 Born and raised in Singapore, kids magician Derek developed an interest in magic when he was young.  From a childhood hobby, magic became his lifelong passion and profession. Derek graduated Monash University with a Bachelor in Computing Science. He entered society as an information technology engineer. During weekends, he would spend his time performing magic or crafting balloon sculptures to the public on the streets (street magic) in the weekends as an hobby. The delight of the audience, especially the children made all these worthwhile. Eventually, he left his job  to pursue his dream and he became a  full time magician.

As a kids party magician, Derek has been bringing fun and joy through parties and events with his unique style of performing. His avant-garde approach to magic has made his presentation a joy for kids (and even adults) to watch. He has been entertaining audiences professionally island wide with much fervent and passion over a decade. Derek specializes Kids magic shows. Magician Derek has developed a very funny and interesting kids magician persona through his acts.

Derek’s kids magic show content is a healthy blend of comedy and magic tricks to keeps your children engaged and excited, laughing with joy.  His charm with kids has made him one of most popular kids magic show and family entertainer in Singapore. His kids comedy magic show has been showcased to children in Sentosa, Gardens By the Bay Children Festival, Book Exhibtion in Suntec Convention Hall, Singapore Changi Airport Terminal 3, Singapore community hubs as well as many homes in Singapore.

Derek is part of the Singapore Association of Magicians and the International Brotherhood of Magicians Ring 115.

When Derek isn’t entertaining people with magic or balloons, he will be spending his time with his family. He is blessed with supportive wife and a son who is 3. He looks forward to sharing his magic with his boy as he grows up. "The kids loved the show and can't stop talking about how much fun they had! Very professional, responsive and all-around fun for the family"

Bella Corgi 11 Oct 2020
"Thank you for the wonderful performance! Kids really have a special memorable Children's Day! Thank you from Excelkidz"

Corine 9 Oct 2020
"Derek was amazing with the kids!! He kept them engaged throughout the show and they couldn't stop laughing!!!"

John Doe
"Thank you Mr Derek for making my son's birthday the best ever." Loudeth Nicdao-Yalung
"Easy going and very patient towards kids. The kids enjoyed the show from start to finish. The kids also loved it when they get to be involved in the show doing magic." Faizah Rahmat
"Derek was very entertaining in his interaction with the children. He managed to rightfully engage the kids (and even adults were tickled hy his show) and did his best to satisfy all the kids and ensure everyone had a balloon sculpted for them and none was left out. Great showman and entertainer"